Concept image for the entrance into Super Nintendo World™. 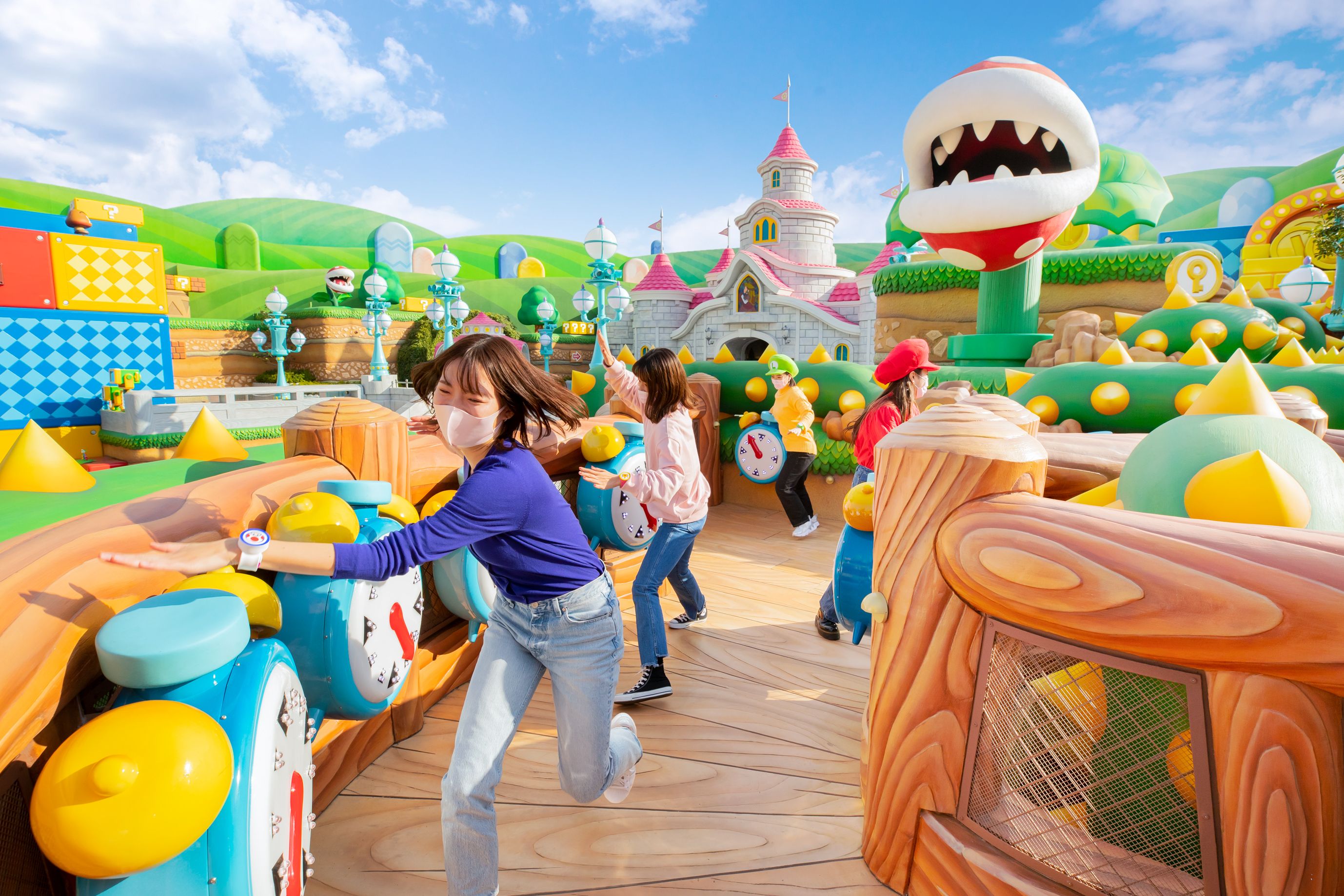 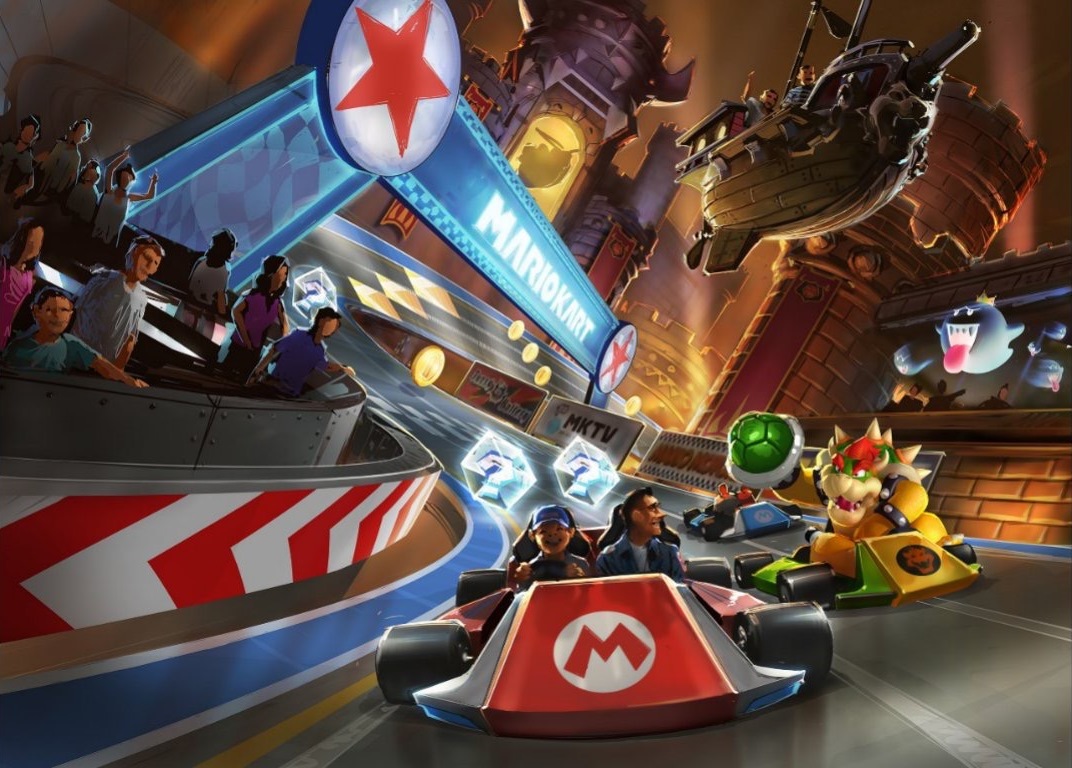 How do we show guests their player stats and progress as they play in Super Nintendo World™?

A mobile application paired with guest's Power Up Band will display player activity and connect their gaming experiences.

Super Nintendo World™ is a novel theme park experience where guests feel like they are truly in a video game with guest interactivity unlike other preceeding themed lands.

What is Super Nintendo World™?

Super Nintendo World™ is a life-sized living video game with a whole new level of immersive play that is unlike any other theme park! This is possible with the new wearable 'Power Up Band' that is linked to guest's smartphone, allowing them to connect to elements in the land in a seamless way. The app will keep track of items collected in the land such as coins and stamps similar to items collected in Nintendo® video games.

A concept screen capture of Super Nintendo World™ where you are the player in a Nintendo game!

Tracking and displaying real-time game play in a theme park land has never been done at this scale before. This experience is to only show game achievements and not personally identifiable information. The experience should also align to the Nintendo aesthetic.

I was involved in the early concept and design of the smartphone app that players will be able to use throughout the parks, including creating user flow diagrams, wireframes, early mockups, providing design feedback, test and adjust.

Several of the early concepts I participated in were communicated to our software vendor for further iteration, refining, and then development.

Fun Fact: Who do you think gave Thierry Coup some stamps, keys, and coins during this presentation? Yes, you're right - yours truly!

I frequented our software debug tool to award and test various player achievements to see how they appeared in the app while the hardware for the Power Up Bands were still being developed. Once I was able to collaborate with our hardware engineering teams, I helped to test the interactions between the Power Up Bands, the show set interactives, and the companion app.

For example, you can punch Question Blocks just like Mario in Super Nintendo World™ and receive coins that will display in the app!

Fun Fact: During my app testing rounds, I used fun Player Names to differentiate my tests from others who used the more usual 'tester01' etc. names. Such named included "Marinda", "Luinda", and "Yoshinda" which was Character Name + Melinda!

I worked on establishing my team's software vendor contract for the Super Nintendo World™ app experience and also coordinated efforts between our software and hardware vendor teams. After our vertical slice was established, I transitioned from a designer role to internal project management leading weekly meetings and communicating with various divisions.

My project management journey began with minute taking. Eventually I acquired more responsibility to lead my team's weekly stand-ups including prepping for meetings, distributing the notes, following up with individuals and helping to unblock tasks.

My meeting minutes started off very basic but became difficult to read as notes were added. I created tables to increase legibility.

A recreation of my note-taking templates for my team's weekly stand-ups.

I adopted including the minutes in the body of my emails so the team could scan the information quickly instead of the overhead of needing to open the pdf. This happened to be a good approach for my team because they better recalled details that were able to be brought up for discussion before larger issues arose. It would look similar to this: